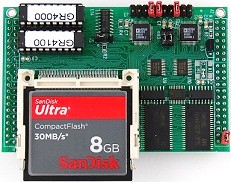 The GR4 is a high speed 16-bit analog signal acquisition board. It implements simultaneous acquisition.

A demo of 4 GR4, in real-time, continuously acquire 8 analog signals into CampactFlash cards for hours at 8MB data per second.

Due to software latency involved in the process, it becomes impossible to implement simultaneous acquisition and recording across multiple analog signals.

The GR4 is a multi-channel high speed 16-bit analog signal acquisition board, designed as an expansion for TERN programmable controllers, is intended to solve these challenges.

A demo of the 4 GR4 units can, in real-time, continuously acquire and store 8 analog signals into CampactFlash cards for hours at 8MB data per second.

The GR4 implements multi-channel data acquisition in hardware. It can start conversions across multiple channels of ADC simultaneously, pushing 16-bit data into FIFO memory, and then stopping as soon as the FIFO buffer is full. Sampling on a second pair of ADC can be triggered upon completion of sampling on the first chip. Thus, while the hardware is sampling on one ADC chip to its FIFO, the host CPU can start moving data from the other ADC FIFO buffer into CompactFlash card.

Up to two AD7655 chips can be installed on each board. Each AD7655 provides four 0-5V analog input channels at 16-bit resolution. Two of the four analog inputs can be digitized simultaneous, and the resulting data are recorded into FIFO automatically. Each ADC has two FIFOs, with a size of 512 KB or 1 MB. A software programmable MUX signal is used to switch between the two pairs of analog inputs. The sample rate is based on a conversion clock which can be from on-board oscillator or external clock. 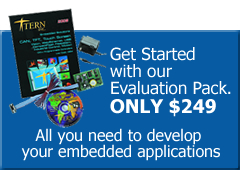